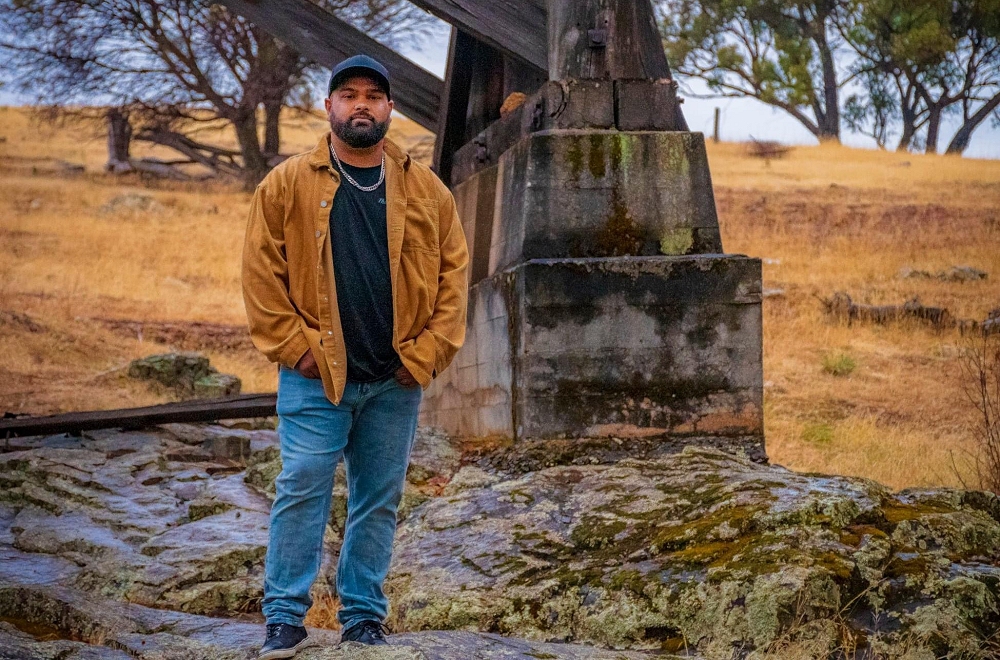 Indigenous Western Australian country artist, Billy Woodley has released his rousing new single, Country of Her Soul – a soft and metaphorical love song where Billy allows himself to expand upon his musical roots of country-styled soul.

Dialing down the alt-rock energy from the release of If It Isn't So Clear in 2021, Billy reveals his spiritual connection to the colours, textures and story inherent in physical attraction. Recontextualising classic western country music motifs, Country of Her Soul builds on the small details and vivid memories of a soothing and irresistible presence, the sensual guitars and Billy’s tenderness and longing adding unmistakable weight to the main character of the song.

A self-taught graduate of Tamworth’s Academy of Country Music, Billy grew up in Port Headland, Western Australia on a steady diet of John Fogerty and Red Hot Chili Peppers. His love for a good tale nurtured amongst his lifestyle of fishing, hunting, cyclones and bare feet and through his family of palyku (balgu), banjima, yued and whadjuk lineages. Billy has released two songs Red Dirt Country and Some Things Never Die and has played at the Bunuru Festival, Nannup Music Festival and Hidden Treasures Festival in Fremantle.

We caught up with Billy to find out the things he always takes on the road with him for this week’s Rider Essentials.

Why? Well, sometimes playing in them hot environments, especially in summer, amongst all the sound gear and amps all buzzing hot and holding onto a somewhat decent weighted guitar strap on the shoulder, I tell ya, the sweat can make you feel like you’re having a standing bath whilst on stage, so I always overpack extra jocks just in case.

My iPad pro is always with me when I travel. It’s got all my lyrics and charts to every song I’ll perform, though I never use it on stage. It is there for practice in between plus I’ve got all my streaming apps on there for a movie on the road or plane or to wind down after a good gig.

Some may see necklaces as just jewellery or fashion, but, on the road, my silver chain never comes as it gives me some sort of spiritual ward when I am in places I’ve never been or on country that I’m not tied in with by blood. Plus, it is a gift from an older brother who has been lately struggling with life’s challenges.

When I write songs, I like to start of old school and write my words down. Even some tabs or when I need a little break from the screens, it’s good to get the old lead pencil out and pretend I can draw anime like the Japanese artists out there. Although I’m not actually that good I just draw symbols.

Well, being blessed with being able to grow a nice warm winter protective beard, I like to keep a razor on my face. I always gotta look the part and good trusty clippers close by to trim and shape to perfection. A bit of beard oil doesn’t hurt followed by a nice comb… through I swear I’m not a pretty boy.