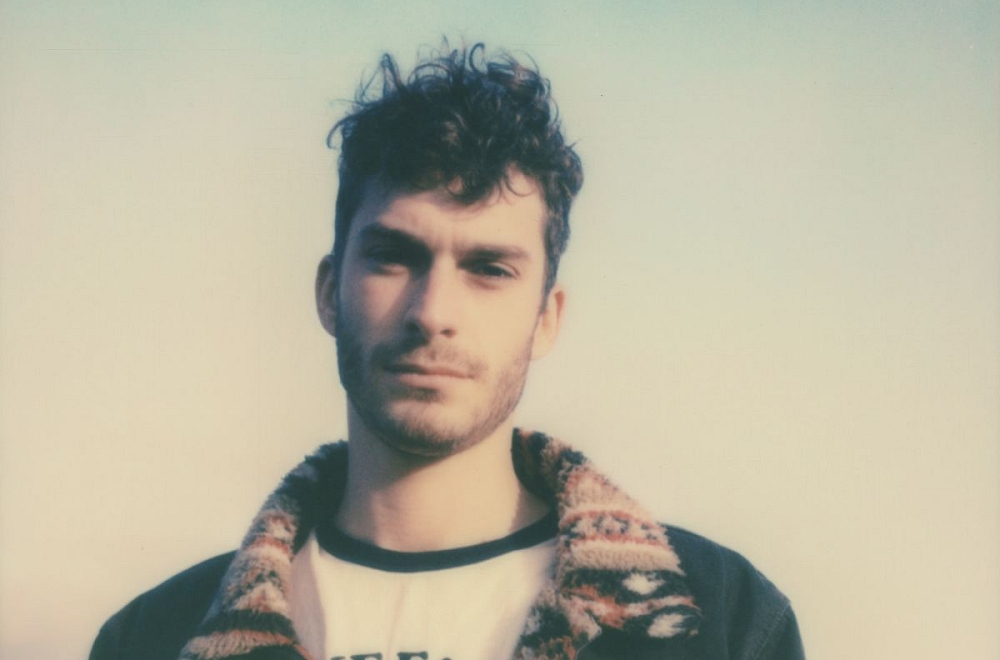 If there ever was a sound fuelling the fledgling artist within David M. Western’s spirit it was the endless stream of all-time great songwriters being pressed into his subconscious by his father. These songs David would recall word for word some twenty years later having not heard that music since those early years. The influence of whom can be heard in David’s music today – that of John Prine, Bob Dylan, Gillian Welch.

Since moving to Melbourne, the alt-country singer-songwriter has built a devoted following playing headline shows and supporting the likes of fellow Aussie greats Julia Jacklin, Spacey Jane, Gabriella Cohen and Asha Jeffries among others. Now in his late twenties David is what many consider to be the artists’ artist. The musician’s musician. A proficient guitarist, an accomplished songwriter.

His debut album, Child Mind, is released today. Originally penned for August 2021, the album features the singles Take Your Opportunities, Blue Eyes Red, Instant Life as well as the title track Child Mind, which is wistful reimagining of David's isolated upbringing, from that of desolation to something that could resemble fondness. As the album’s namesake and opener, Child Mind disassembles and reconstructs these memories into a transfixing centerpiece birthed from fleeting nostalgia and the abrupt lucidity of adulthood.

David M. Western talks us through each individual track: the creation, sentiment, and everything in between in this exclusive track by track.

This track is many things to me, I think it’s my best writing that I have done. I wrote it as a memoir about being a young man growing up in a small town. I abandoned a ‘woe is me’ sentiment and just penned down many of my observations and experiences from my time spent in those earlier years. I still come back to the lyrics of this song as I feel transported when I listen to it.

We have another version of this song laying around somewhere that was very drum heavy and aggressive, but I felt the story got lost amongst the cacophonic sound. The rendition here is much more subtle and gave a lot of air for the words to guide the listening experience. One of the newer tracks on the album, and I’m happy to say many people have approached me at shows saying that they connected to this song, which is what it’s all about.

I wrote this song when I began exploring a softer side to my musical abilities. I wanted to write a song that hinted at a feeling of being alone without specifically detailing exactly what is going on in the song.

Fool I Know is the oldest track on the album. I had finally made the move from obscurest/stream of consciousness writing and began finding my way into what is now my deep, deep love for country music. I think you can hear the worlds colliding here.

Joe told me he was working on this track at home, and someone walked past saying that from outside it sounded like a blend of Burt Bacharach. Crazy, but probably not so far from accurate? This is another song of mine that we had spent many hours on recording a heavier version but didn’t quite land. Somewhere towards the end of the day in the studio Alex walked in and said, “I think we can do it better, but it needs to be different.” We all just took a breath, looked around and said, “... yeah”. So, we ditched the electric guitars, I grabbed a nylon string guitar and just sat down and tried to play the chords in a way that weaved the parts of the song together a bit more.

This is the second chapter in this journey that I’m trying to detail through my releases. I wrote it almost tongue in cheek about a relationship between two people entering into a relationship. Kind of like a ‘are you serious? I can barely cross the street or behave like a real person. How can you afford to take a chance on me?’. I wanted to ramble off things about these characters whose lives were a hot mess and were also looking at themselves saying ‘is this possible for someone to actually want this?’. With my single before - Instant Life - I was detailing what the listener was getting into, now this song reads as a ‘brace yourself. Get ready. We’re going all the way here.

I had wanted to write a song that just kept building. Whenever I felt it heading towards a new section of the song, I needed the next part to continue accumulating in energy and a sense of implosion. I was thinking of Crying by Roy Orbison or Thunder Road by Bruce Springsteen. Sometimes I forget that this song doesn’t really have a chorus. I don’t think it needed that verse/chorus form because it has a concept that it honours.

This is a song about missing out. Sometimes you can feel like opportunities were made for you and they pass you by before you realise they were there. Here I talk about wanting to ditch the hard work and move back home and feeling a little bit broken down.

Instant Life is written to pull you into an operatic world of money, work, and dreams. A spilling of deep seeded hope. The dues you need to pay to arrive, stay and just barely scrape through. Where you know what you want but you can’t get it. Not yet anyway. There’s an entire world to navigate that pulls in a different direction from this dream.

I’ve told this story maybe 3 million times at shows but here is on paper. We were meant to go record this album in August 2018, we hired an Airbnb and a hall out in the country somewhere for a few days to get everything done, however, the day before we planned to begin work, Joe got appendicitis and was so sick. I couldn’t get a refund on the Airbnb, so I went and gave myself a holiday and treated it as a writing retreat. There I wrote my first ever release Step On My Toes and this song, which you’ll hear references friendships, homesickness, the hatred of hard work but most crucially – Joe’s appendix.